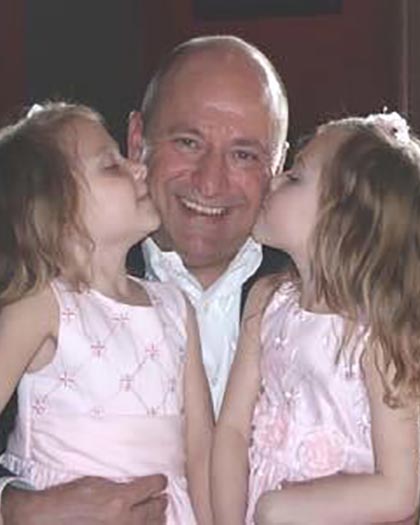 John began his professional career at Procter & Gamble, where he was a warehousing and distribution manager and a lead recruiter for new managers and engineers. While in college and at P&G, he earned an Army Officer Commission and served in the Missouri Army National Guard and the United States Army Reserves.

John participated in a leveraged buyout of Cape Electrical Supply, a wholesale distributor of electrical supplies. He served as President for nine years and then remained a passive owner after recruiting the management team that led the company through two decades of expansion and growth.  A controlling interest in the business was sold to Svoboda Collins, a Chicago private equity firm, in a $80 million transaction facilitated by investment banker Harris Williams & Co.

John was a college basketball coach at both Washington University and Southeast Missouri State University. He left college coaching to participate in the development of Saxony Lutheran High School and served as the school’s first Director of Enrollment, Athletic Director, and Basketball Coach. He also coached his daughter Tess and Trinity Lutheran School to the 2012 National Championship at the National Lutheran Grade School Tournament.

John’s father and grandfather were Lutheran Pastors. He served on the Board of Directors of Lutheran Family & Children’s Services as well as the Lutheran Chapel of Hope, and served as a Stephen Minister at St. Andrew Lutheran Church. He founded the Cape Girardeau Chapter of Volunteers for Income Tax Assistance, an organization that helps the disadvantaged and elderly file income tax returns.

John earned a BS in Engineering Management from the Missouri University of Science & Technology and an MBA from Harvard. He and his wife, Kim, have six children and live in Cape Girardeau.